Two months of Virat-Anushka’s Vamika, shared these celebrations and these pictures of cake cutting

Two months of Virat-Anushka’s Vamika, the actress shared these celebrations and these pictures of cake cutting, Papa wrote a special message

Bollywood actress Anushka Sharma has celebrated the completion of two months of her daughter Vamika. She shared a picture of the daughter’s cake cutting with fans in Insta Story. At the same time, Virat Kohli has also shared a romantic picture with his wife Anushka.

Indian cricketer Virat Kohli and Anushka Sharma’s daughter Vamika are two months old. Virat and Anushka celebrated this occasion. Anushka shared the pictures of this sweet celebration with fans on social media. Virat went back to India to play for the delivery of the baby and after spending some time. Anushka is spending time with Vamika for two months. 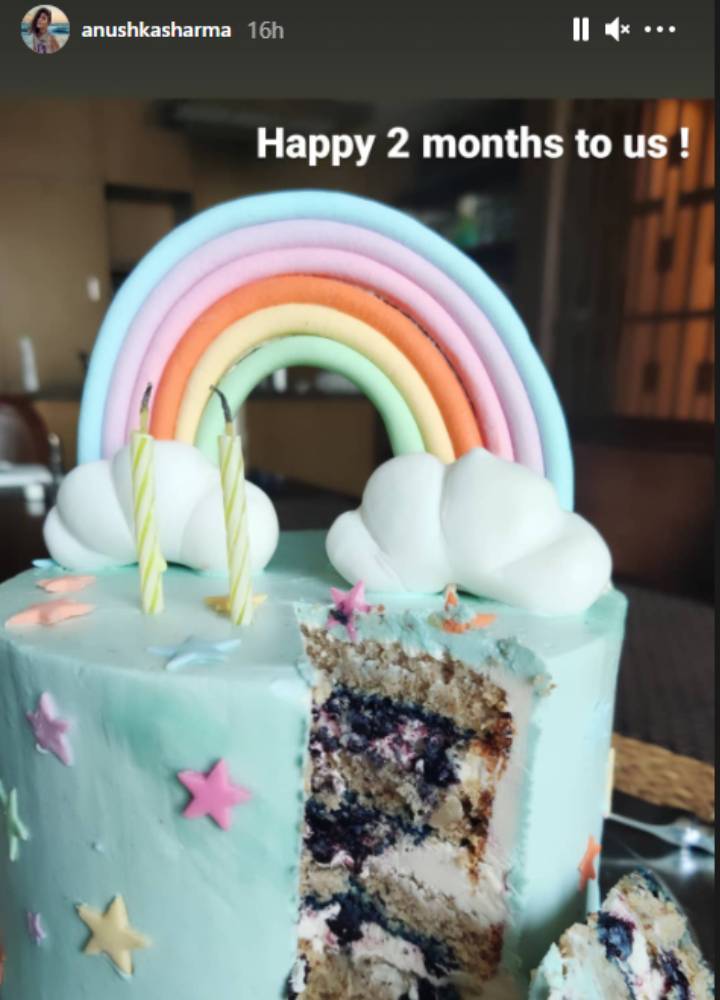 Sharing this picture, Anushka wrote, “Happiness for our two months.” The cake is cut and there are stars and clouds on it. This is a blue cake with multicolor stars on it. At the same time, cricketer Virat Kohli has also shared a picture. In this picture, Virat Kohli and Anushka are seen in a romantic style. In this, the chemistry of both is being seen.

In this picture, Virat Kohli is in a comfy white T-shirt and pajama and he holds Anushka in his arms. On the other hand, Anushka is looking very beautiful in a striped nightdress. This nightdress has an imprint of flowers on it. A long smile is seen on his face. What is Virat doing on their foreheads?

Sopon Sahinhttps://www.newsmediafeed.com
My self Sopon Sahin, I am from Kolkata. I have completed Graduation in BCA (Bachelor of Computer Applications), and now I studying MCA (Master of Computer Applications). I am here as a Chief Editor in NewsMediaFeed and I also Manage all editors, News, and Posts for Providing Better results and true experience to the Users. Contact Email ID: mortuj.parvez@gmail.com
RELATED ARTICLES
Entertainment

Shahnaz often shares his photos and videos on his social media

CBSE Board 12th exams canceled due to Corona, decision in PM Modi’s meeting

Newspaper is your news, entertainment, music fashion website. We provide you with the latest breaking news and videos straight from the entertainment industry.